skip to main | skip to sidebar

Adam and the Reboot of Humanity w: Brian Hogan


Just Posted! Listen to this astounding discovery of the science of DNA not only confirming the Genesis account of the Creation of Mankind, but opening new doors of understanding into how God not only created Man but REBOOTED us through Jesus Christ.
Learn about:
*Adam's mother
*Jesus' DNA
*How a human gets perfect un-fallen blood
*The weird nature of mtDNA
*a "backdoor" "failsafe" designed in to the Human Genome
. . . and so much more.
Guaranteed to blow your mind and fill your soul with awe and worship.

Books cited: Genesis 2-3 and "The Seven Daughters of Eve" by Bryan Sykes
Posted by Unknown at 7:33 AM No comments:

Louise’s calling to train up an army of empowered and equipped TBAs (Traditional Birth Attendants) in the developing world and among the displaced and oppressed continues to gain traction.

As we have traveled she keeps meeting people who work on the front lines in Africa and elsewhere who are desperate for her to come and provide this training. There is a real felt need out there and the local medical resources are never going to be adequate to fill it.

Please keep Louise in prayer as she is, in faith, putting together a trip to West Africa for early 2016 where two week-long trainings are proposed – back-to-back. She is asking God for a partner to go with her and assist.

The sales of her hand-made greeting cards are paying for 100% of this ministry’s costs.


Want to help? Order cards here: https://mkt.com/asteroidea-books
Posted by Unknown at 11:28 AM No comments:

Empty Nest Frees to Flock Together

These days, Louise and I are discovering one of the great freedoms of the “Empty Nest” – traveling and ministering as a couple.

Brian became a “Million Miler” with United Airlines and the award miles he earns pay for Louise’s tickets. So far this year we have spent time together in South Sudan (training midwives), Dallas TX & Central Arkansas (teaching Perspectives), Amsterdam (YWAM Frontier Mission Leaders Mtg), Oklahoma (Voice of the Martyrs), Sweden (visit to Mongolia teammates and family), Hawaii (teaching at two University of the Nations schools), Orange County CA (Perspectives & biking with Louise’s sister), Malta (the GAP), Cedar Falls Iowa (church mission conf.), and we may get in a Christmas getaway. This is more time together (kid-free) on the road than we have had in total in the two decades since Mongolia. Even though most are working trips (and at least Brian’s travel is paid for), we still manage to be overwhelmed with all of the fun adventures and discoveries the Father has for us on every jaunt. God is good. 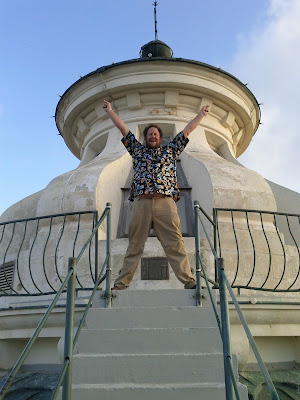 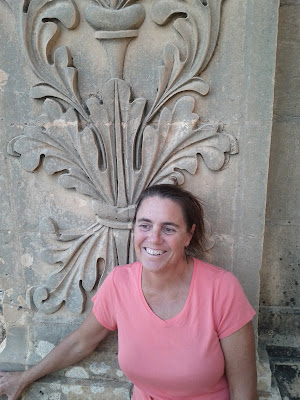 On November 12th, Brian will enter to Iraq for the first time. The trip is exploratory in nature. God has been unfolding a dream in our hearts to work together among the least, the lost, and the last, raising up leaders of disciple-making movements and equipping local midwives to save the lives of mommies and babies.

Recently we have been stirred to see if the sprawling camps of Syrian (and other) refugees are fertile soil for what God has put into our hearts and the talents He’s entrusted to us. Just after we agreed to pursue this, God dropped a whole family of new cousins (Brian’s on the maternal side) into our laps. The Pursley’s live just 14 miles from us, all three of their kids are missionaries (Brian’s third cousins) and one goes in and out of the camps in Northern Iraq.

Armed with inside information, Brian and a young man named Zebulun are dropping into Kurdish-held Iraq to “spy out the land”. Please pray for the perfect contacts, Persons of Peace, and a clear vision of the way forward to emerge.

(We don’t feel like this will result in a permanent move but rather shorter stays with a goal of being catalysts for grassroots movements.)
Posted by Unknown at 9:42 AM No comments:

Mind the Gap! The GAP in Malta 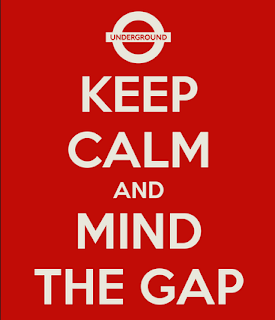 GAP – an Uzbek word meaning a “gathering of friends.”

In YWAM’s Church Panting Coaches, when we say “GAP” we mean the un-conference where church multiplication workers gather from fields across the globe to spend a week together in refreshment, re-envisioning and sharing with their peers.

These GAPs are among the most potent ways to serve the church planters that we have found, and yet we haven’t been able to have one internationally since 2006! Well, that sad record shattered on October 6th, 2015 on the island nation of Malta as 21 precious GAPers began to arrive from Mozambique, Tanzania, Indonesia, Central Asia, Thailand, Sudan, Palestine, Holland, Afghanistan and Pakistan.

The gathering was everything we dreamed it would be. The participants were “over-the-moon” in their praise and spoke of how much it had exceeded their expectations – blowing away every conference they had ever attended.

We gathered at a wonderful resort on Malta’s St. Paul’s Bay. One of the motives was to make sure that the workers – who live in fairly rough and primitive conditions – would have a real week of restoration and rest. Thanks to a generous grant from our partner Voice of the Martyrs we were able to bring in a number of workers from persecuted nations who had never been able to afford previous GAPs. We’ve always budgeted the GAP as cheaply as possible – not making a cent – but international airfare still effectively limits attendance. This time that obstacle was removed – praise God! Several of our attendees had never before left their own nation or even flown on an airplane!

The first full day was a tour of Malta. The purpose was to begin with an opportunity to meet and bond as almost all were strangers at first. We began in the capital city, Valetta, with the Malta 5D – a multi-sensory orientation and followed that with a walking tour of the medieval walled city. We ate lunch in gardens on the battlements overlooking the Grand Harbor and left when the historic cannons were fired toward Fort St. Angelo. 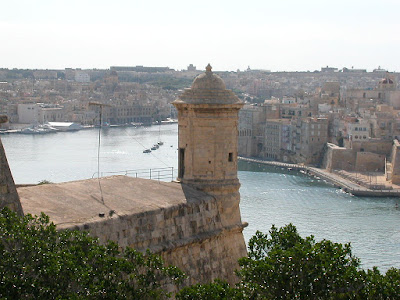 We then were bused to Rabat where we prayed and worshiped in the Roman prison where Paul was held for three months (Acts 28:1-11). 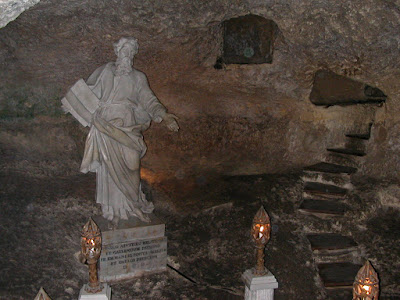 Our group then walked a few blocks to explore the ancient catacombs where the early church gathered. 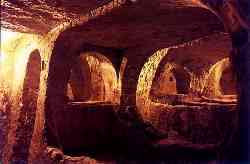 We shared Communion around a stone “Agape Table” carved into the floor connecting these modern apostles with their first century brethren. 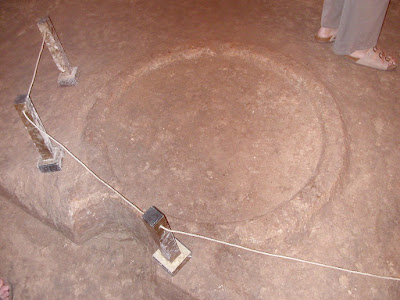 Then we walked to Mdina - a medieval walled town situated on a hill in the center of the island. Our group enjoyed exploring its silent and twisting streets and coffee and cake on the walls overlooking Malta’s most majestic views. Then it was back out the gates to our tour bus and off to Mosta where we toured the famous church and rotunda - the ninth largest unsupported dome in the world and the third largest in Europe. 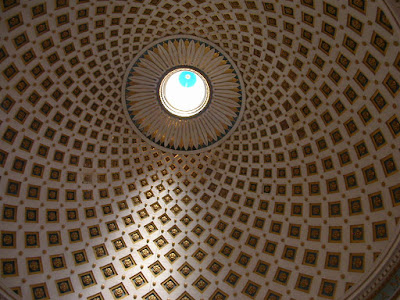 Since our eyes could hardly take in any more beauty and history, we walked through town to the Horseshoe Bar to fill our bellies on a Maltese dinner of rabbit, braggioli (stuffed beef), or sea bream, depending on the person’s taste. The meal was amazing and so filling. We enjoyed eating and sharing until 9 PM and were more than ready to return to our resort and beds.

After that our days were a blend of excellent full-board buffet meals at the hotel, swimming in the surf or pools, gathering to discuss topics the GAPers had selected before arrival, worship and fellowship, sightseeing trips, and catching up on rest. The thing about a GAP is that there are no rules, you can do whatever you want at any time. People participate in the group sessions and activities because they are longing to share and hear about these things, not because they are “supposed to” – there is no speaker – the church planters themselves are the main event.

Near the end we had a BBQ on a gorgeous sand beach. We watched an eye popping sunset and gorged on meats grilled by our Maltese friends. All of the participants fell in love with our two host families: Patrick and Maria O’Cock and Felix and Miriam Aquilina and their children. These families did all the groundwork in Malta to prepare for our time there, especially the tour, the BBQ, and helping with airport transfers. We thank God for their help, but even more for the friendship we have shared for 13 years! Louise and I spent a few days before and after the conference renewing our fellowship with these folks we churched with back in 2002-2005.

Everyone wanted to know when and where next year’s GAP would be! Next year may be too soon, but we are determined to do it again in 2017.

Voice of the Martyrs interviewed Louise and I and the recording session produced enough material for two shows! please give them a listen.

VOM Radio: Mongolia: Jesus Is Worthy and
Mongolia: God Brought Us Through
Posted by Unknown at 7:44 AM No comments: